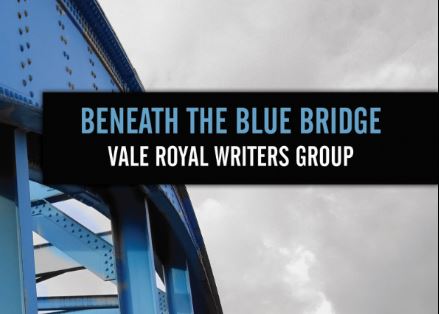 Regardless of what you might be thinking, this isn’t a blog. Yes, I know it looks like one, and it’s certainly in the right place, but that doesn’t make it a blog. A blog has to be ABOUT something surely? (sorry, I didn’t mean to shout but sometimes emphasis LOOKS like shouting) And this is about … well, nothing. Although that hasn’t stopped me before.

In the forthcoming, eagerly awaited, excellently crafted and agonisingly beautiful Anthology 3 (son of Anthology 2, the sequel), there is a section dedicated to writing exercises, and in it the writer/collator refers to an exercise we did way-back-when that required us to write for a specific amount of time, with the aim of keeping the output as unexciting and boring as possible. Some of us were really good at it and managed to come up with terrifically dull descriptions of buying socks and listening to paint dry etc. I usually struggle to make my writing appear exciting so this was right up my avenue, and I recall describing in great (not the good kind of great) detail the pen and paper of a fellow writer. I never actually got to write anything of substance, as part of the process was to try and avoid the actual intention by putting it off with long and unnecessarily dull descriptions until time ran out.

So in the absence of volunteers for a March blog I decided to take the opportunity to (a) shamelessly promote the new VRWG anthology, Beneath the Blue Bridge (available soon in multiple formats and with a spiffing cover that other anthologies will aspire to) and (b) give you an opportunity to try this exercise in futility. Mine is set out below. If you would like to try, then set yourself 10 minutes and see if you can describe something incredibly dull. And remember, avoid getting to the point, and resist the temptation to jazz it up and make it exciting.

See you all Monday 9th for the April meeting … and Monday 30th April for the May meeting (strange but true!)

The Amateur’s Guide to Writing the Exercise Provided by Tom Ireland at the Vale Royal Writing Group October Meeting on this day of Our Lord, the Third of October Two Thousand and Sixteen

(subtitled: How to Provide a Lingering Death to a Poorly Executed Stream of Consciousness Piece, to Ensure You Don’t Get to the End Until Your MOT Has Run Out, and the Tin of Aldi Baked Beans Has Eventually Exceeded its Sell-by Date)

Luckily I can begin with a pen. There was an almost catastrophic moment when Liz was unable to begin her take on the process because she was Bic-less. Sharpie-light. Missing a Mont Blanc. Fortunately, she moved her note pad forward a modest amount – no more than two point five centimetres in an estimated Southerly direction – and a pen was revealed.

From this distance (about one metre to her immediate left) it appeared to be an A4 feint ruled pad with a spiral binder on the left side, as is common in Western languages. Of course, when writing on the traditional reverse side, the spiral binder will subsequently – albeit temporarily – be on the right side of the feint ruled sheet of A4, thus providing a degree of flexibility that allows the user to utilise their resources to maximum capacity.

The pen appeared to be either crystal or opaque with a removable cap, which had been removed, and then snugly fitted onto the ball-less end of the barrel. The barrel itself was infused with a dashing red stripe, like that worn on the uniformed leg of the soldiers of old – or like stationery toothpaste.